Drone Tracking & Direction Finding (DF) Technology is commonly used across the range of EW countermeasures, when accuracy is of the essence.

Along with the rising requirements for precise, pinpoint detection * identification, implementing DF systems as a part of an integrated solution has become much more challenging as the spectrum is getting more and more congested.

Different Radars and Direction-Finding sensors utilize “Phase-Comparison” technology. The DF sensor is comprised of an array of antennas, all working in parallel, with a 360° cover.

According to the Phase (time) difference technique, the DF system calculates the direction from which the signal source arrives.

Based on the differences between the strength of the signal measured among the different antennas in the array, the system accurately estimates the direction vector of the detected signal. 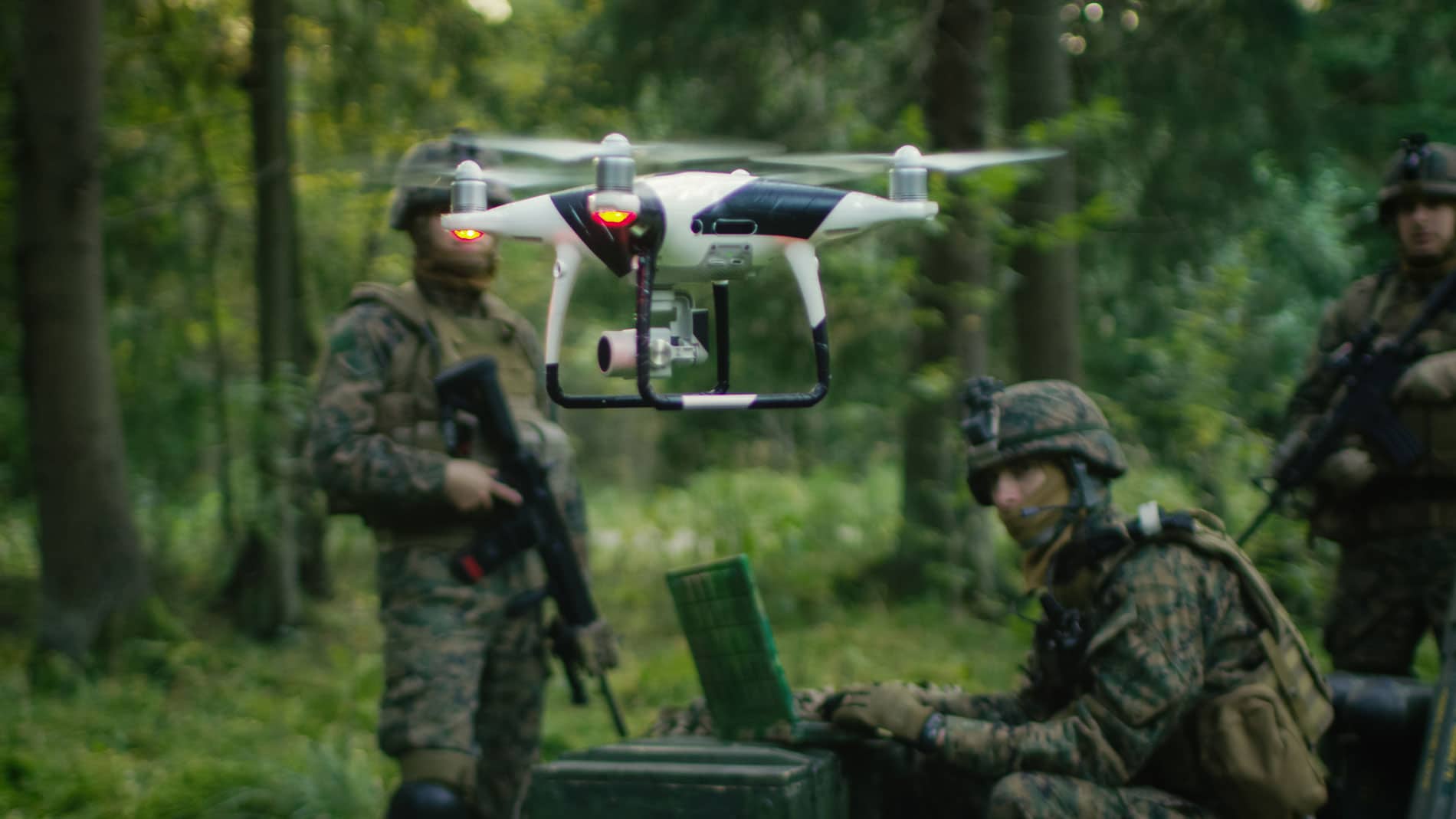 Netline’s drone tracking solution was developed specifically to suit the complex and dynamic conditions of today’s battlefield and especially to the wide spectrum of applications where anti drone systems are required.

Along with the DroneNet’s Detection and Mitigation Segments, it provides a holistic solution to counter drones. The DF unit can also operate as a “standalone” system, interfacing with 3rd party systems, such as Anti-Aircraft Artillery Systems, and more.

Our Direction-Finding (DF) sensors continuously scan the spectrum, analyzing for spectral activity around a target in risk. Once the direction of a signal’s source is traced, it is transmitted by the DF sensor to the network C4I in a format containing the azimuth and elevation as measured in relation to the DF sensor.

The accuracy of the estimated location is determined by the number of deployed sensors and the deployment topology.

The ability to precisely determine a drone’s location is crucial to any counter UAV solution and is available in different configurations. Providing situational awareness in real time is particularly required when different armed systems are triggered by a precise detection of the drone and accurate geolocation received in real time.

The DF Unit includes several deployment configurations, whether for stationary applications or for Portable ones.